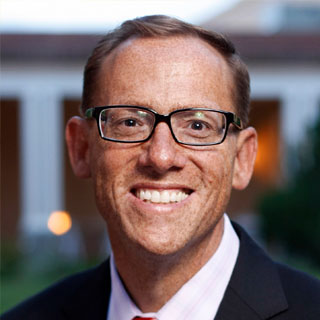 Brian Colón was elected State Auditor of New Mexico in November 2018 with decisive wins during both the primary and general elections. As State Auditor, Brian is committed to bringing awareness to the important work of the office that uncovers fraud, waste, and abuse in agencies and entities statewide.

Raised in Los Lunas, Bosque Farms, and Albuquerque, New Mexico, Brian learned the value of hard work, determination, and the sustaining power of an optimistic attitude from his parents. Although he lost his father when he was a teenager, Brian hasn’t forgotten the many lessons he received, particularly the importance of education.

The first in his family to go to college, Brian received his Bachelor’s Degree in Finance from New Mexico State University and later earned his law degree from the University of New Mexico School of Law. He has practiced law since 2001, but his top priority has always been one of service and a desire to give back to his community.

Brian has been called a “force in fundraising” because he is able to inspire others to get involved. His evenings and weekends are spent helping local cultural and community-focused nonprofits raise money to support their causes or meeting with the young women and men he mentors. Brian knows first-hand the power of mentoring and the difference it can make in strengthening our communities.

While he is a dedicated community ambassador and civil servant, Brian’s true treasures are his family. For more than 22 years, Brian has been married to Aleli Colón, an educator at Van Buren Middle School, a current doctoral candidate with a Civil Engineering degree and a Master’s Degree in Mathematics. Together they have one son, Rafael, a graduate of Albuquerque High School, currently a junior attending The George Washington University on a Presidential Scholarship, studying Biomedical Engineering. His sister, Cheryl Colón, recently moved to Albuquerque to come home and be close to Brian and his family.